Dance All Productions, Inc. opened the doors of their development and training school in the fall of 2003 by Founder/Director Monique Ryan. Dance Theatre of Huntsville School offers high level dance training, directed at creating generations of well-disciplined dancers with ideals and goals of professionalism. Inherent in our mission is a commitment to empowering youth with crucial leadership and development skills that facilitate achievement and success in the world of dance and everyday life.
view class schedule

Need to Chat with Us?

Dance for Every Age

Pre-Dance/Children’s Dance
An introduction to dance, its technique and discipline for the very young child. An awareness of movement is developed with the limbering of acrobatics, rhythmical movement to song and verse and the elementary of Ballet. These classes are specifically designed for children 2 1/2 to 6 years of age.

Get Moving with DTH

Classical Ballet
Ballet for the beginning child from age 7 up to advanced levels. Basic Cecchetti methods used along with R.A.D. and Russian techniques. Individual attention and thoroughness stressed. A very disciplined form of dance study is the basis for all dance. It is highly recommended as a starting point of dance education. 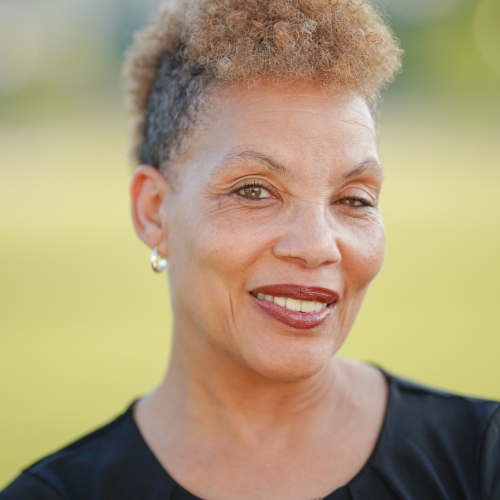 She studied Dance and Performance Art at Western Ky. University.  She has extensive training and continues to train in Russian ballet (Vaganova Technique), tap, jazz, hip hop, modern, West African, Latin, pedagogy, and choreography.  Monique’s choreography has won several awards in the Tennessee Valley and on the competition circuit. Her spiritual praise dance workshops have become one of the most popular programs throughout the Tennessee Valley. She has hosted master dance classes for Troy Powell of The Alvin Ailey American Dance Theater, Sarita Allen of Complexions and Alvin Ailey American Dance Theater, Teri “Ajile” Axam of Total Dance Theatre, Steven “Twitch” Boss, Ojinga Love of Total Dance Theatre, Cubie Burke of Dance Theatre of Harlem, Sandy and Nicole Alvarez of the Broadway touring company of Disney’s “The Lion King”, Amber Jackson of “So You Think You Can Dance” and, Samba Diallo of Attyonglan Dance Company.

Monique’s choreography and style have been enjoyed by several audiences throughout the nation as well as North Alabama. She has been invited to share her love for the art of dance with several public school programs, and arts organizations. The goal of Dance Theatre of Huntsville is to touch a heart, open a mind, and lift the spirits of audiences nationwide. Monique has produced several highly acclaimed Dancial Productions: “The Wiz”, “The Lion’s Tale, and Rio to name a few. She is a member of Arts Huntsville and has received several awards, grants and fellowships to further and share her dance training. She is also a trained Bikran Yoga instructor. To Monique, it is the passion of dance that makes the journey of life so very magnificent. 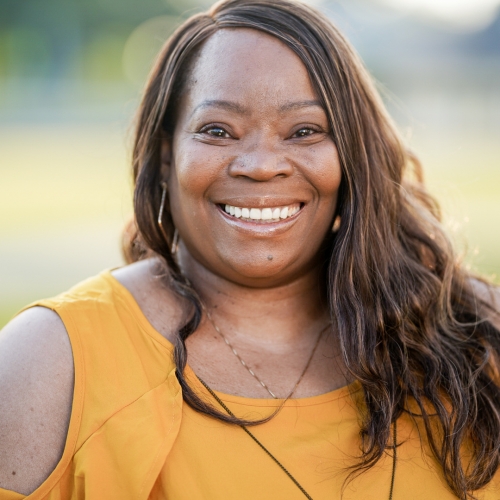 Mrs. BJ returned to dance and studied under Charlotte Blume in Fayetteville, NC and Cheryl Brett in Hinesville, GA where she was one of the assistant instructors for tap and Ballet. She also taught the preschool class.  Mrs BJ fell in love with Liturgical Dance and has danced and taught across the US, Germany and Italy.

Mrs BJ has been a part of DTH for 14 years, as a dancer and is currently the Office Manager and Summer Dance Camp instructor. She is also studying to be a Certified Fitness instructor and Certified Makeup Artist. 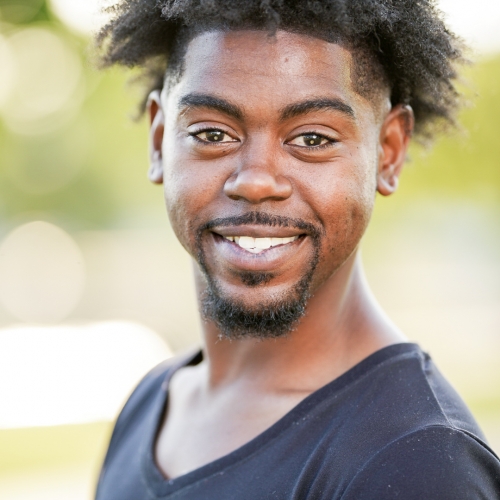 A native of Mobile, AL; is a graduate of LeFlore Magnet High School of Communications and Arts. During this time, Matthew performed with the Mobile Symphony Youth Orchestra as a clarinetist. As a dancer, he performed with Moving Images Dance Company, Alabama Contemporary, Mobile Ballet and New World School of the Arts, Miami, FL.

Matthew is a graduate of Alabama A&M earning a B.S. degree in Chemistry and is currently a Graduate student in the Dept. of Physics concentrating in the area of Materials Science. In 2010 Matthew co-founded and is currently the director of Alabama A&M’s premier dance organization Alima Dance Company, focusing on classical and contemporary styles.

While in Huntsville, Matthew received training at the Dance Theatre of Huntsville, under the direction of Monique Ryan where he became an instructor of Ballet, Jazz and Acrobatics. He later performed in various productions such as: Dance Theatre of Huntsville’s- Hairspray, Anthology of Michael Jackson, and Adventures of Peter Pan; and Independent Musical Production’s- CATS, The Addams Family, Jesus Christ Superstar. Future performances include the “Young People’s Concert”, with Huntsville Symphony Orchestra, Fantasy Playhouse, and Huntsville City Schools; Dance Theatre of Huntsville’s, Aladdin; and Independent Musical Production’s, Mary Poppins.  Hosted by the Wings Awards Association, he was the recipient of the 2013 Wings Award for Best Male Dancer. Along with his partner, he won 1st place at the first annual Dancing with the President and First Lady.

Ms. Janae Collins is an upcoming senior at Alabama A&M University majoring in Computer Science with a minor in cyber security. At the age of nine years old, Janae came to Dance Theatre of Huntsville’s summer camp, and continued her dance education there in the fall. Janae immediately join the performing company where she began competing. She’s won numerous class scholarships and outstanding dancer scholarships at dance competitions such as New York City Dance Alliance, Jump, Nuvo, etc. Ms. Collins received a chance to spend two summers with Complexions Contemporary Ballet under the direction of Desmond Richardson and Dwight Howard where she extended her training in contemporary ballet.